If you’re suffering from insomnia and looking for answers, you’ve probably heard of all sorts of so-called remedies that don’t work and supposedly miracle products that are a waste of your money. Sheex sheets are quite the investment, so any honest Sheex review must take that into account.

There are many causes of insomnia, some medical, others psychological. If you’ve ruled out any medical reason, and you’re not participating in any unhealthy sleeping patterns like working at night or taking naps throughout the day, then you might be experiencing insomnia due to depression or anxiety.

Sheex were invented by two coaches from the University of South Carolina, Susan Walvius and Michelle Marciniak.

They liked the way that performance clothing felt and decided to invent sheets that had the same feeling and heat-reducing qualities. Since then, they’ve branched out into other products that assist with other causes of insomnia.

How do they work?

The Sheex sheet sets’ material is either a spandex and polyester blend or, for the more environmentally friendly, bamboo viscose. These fabrics pull moisture from the body and facilitate air circulation. This property, combined with their superior insulating effects, helps keep the body cool at night.

The sheets are a bit softer than the athletic wear that inspired them. Responding to user comments, the brand has also recently come out with its Luxury Copper line, which includes cotton woven into the fabric, making them even softer.

Other products by Sheex

Although most people know Sheex for its moisture-wicking sheets, any Sheex review would be remiss not to mention their other options. Sheex has branched out over the years to include, not just sheets, but comforters, mattresses, and even sleepwear — all designed to offer a cooler night’s sleep.

A recent addition to this impressive lineup is the Calm + Cool Weighted Blanket. Sleep professionals have been touting weighted blankets for their ability to help ease the symptoms of insomnia, especially insomnia due to stress or anxiety.

These blankets help soothe anxious people by mimicking the feeling of someone holding you. They are also effective for a plethora of other insomnia-inducing factors, such as Restless Leg Syndrome and Fibromyalgia.

In this Sheex review, we strive to bring an honest and straightforward assessment of Sheex products and their effectiveness. We have aggregated reviews from sleeping professionals as well as Sheex customers.

As for actual users of the product, these clients give insight into the daily usage of the sheets as well as their benefits and drawbacks.

As Sheex has many products, this Sheex review cannot possibly cover all of them. We’ve chosen to focus on the original focus of the company — moisture-wicking sheets and comforters — but will also include information about other relevant products.

The Original Sheex Sheet Set is the flagship set by this company. This is Walvius and Marsciniak’s original conception, and it’s proven a very profitable main product for them.

The Original line consists of 87 percent polyester and 13 percent spandex. This blend gives the sheets an incredible amount of stretch, allowing them to fit a variety of bed shapes, including irregular boat berths.

It also increases the breathability of the sheets. Normal cotton sheets often can be a bit stifling, but these sheets allow air to circulate more effectively. This also leads to better temperature regulation, which is much more comfortable for those who get too warm at night.

The one commonly expressed drawback of this sheet set is that the fabric can catch on rough skin and is not quite as soft as cotton sheets. By integrating some cotton into its Luxury Copper Set, Sheex has addressed this problem with a softer variety. 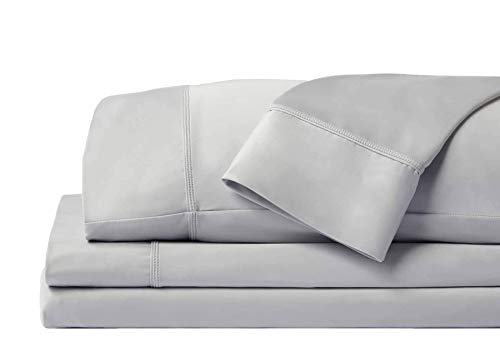 The EcoSheex Bamboo Set is a more environmentally friendly alternative to the Original Performance set. Many people who prefer not to buy polyester or spandex have found these sheets to be a better choice.

Unlike most other bamboo sheet sets, this set consists entirely of bamboo viscose. Thanks to this 100 percent bamboo construction, these sheets are more eco-friendly, even than many other bamboo sets.

Again, some people have found the consistency of this fabric unappealing. Some customers prefer a softer and smoother texture in their sheets. 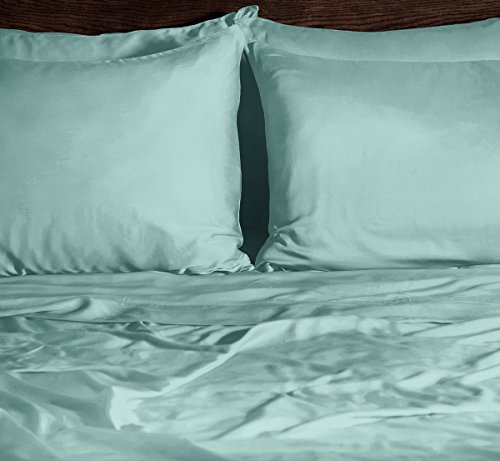 Sheex has also developed a line of comforters designed to help alleviate symptoms of insomnia. There are four options company — the Original Performance Down Alternative Comforter, the All-Seasons Comforter, the EcoSheex Bamboo Coverlet, and the Calm + Cool Weighted blanket.

This filling has hollow fibers, preventing heat from accumulating and allowing greater airflow. While most comforters heat up considerably throughout the night, this comforter remains cool due to its breathable material and filling. It offers softness comparable to the Original Performance Sheet.

For anyone who would prefer a greener alternative, Sheex does offer EcoSheex 100 percent bamboo coverlets. Likewise, they have recently added the Calm + Cool Weighted Blanket, which has received top reviews by customers. 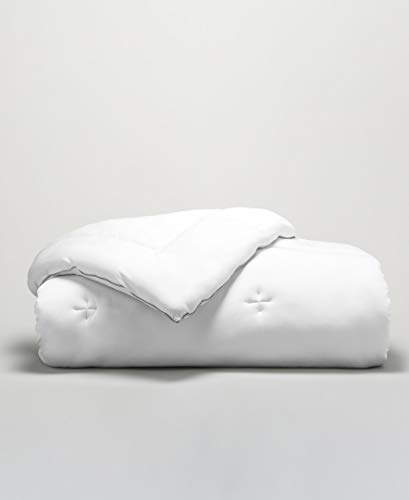 Ready for the Best Sleep of Your Life?

Though Sheex sheets are a bit of an investment, they are effective for most people at eliminating discomfort during sleep. With its 30-day money-back guarantee, you’re able to sleep on the products for a month to see if they’re for you.

The increased comfort and longevity of this product make the initial investment worthwhile. And really, can you put a price tag on sleep quality?

If you found this Sheex review helpful, please let us know in the comments section.

Sleepgram Pillow Review: Can You Trust It With Your Sleep?

As a participant in the Amazon Services LLC Associates Program, this site may earn from qualifying purchases. We may also earn commissions on purchases from other retail websites.